I’ve been sitting on this post for weeks now, shirking time to edit and make it shiny. Louw says it’s a bit harsh, but the more I try soften it the less relevant it seems. So here goes. Belated first impressions of life in the snowy north.

We’ve been in Canada nearly two months, and it doesn’t feel like home. It’s a whole new kind of beautiful, but most days it’s discordant. We’re still finding our feet. Aside from the immediate and obvious differences to Cape Town, (like the temperature >.<), little things remind me daily that we’re not in Kansas anymore, Toto.

It’s really strange how late the sun comes up. Around 8.30 the horizon starts to glow its morning pink. I’m already on my second cup and the kids have reverted to their feral state – they need to be fed. My habit is to look out the window and watch the colour-striped clouds through a gap between two houses.

Having so many other homes in view takes some getting used to. It’s hard to not compare.

In Cape Town, we stayed on a quiet cul-de-sac in an old neighbourhood. So old that the property opposite us was built in 1657, and the trees surrounding it must have been planted shortly thereafter, because those guys were big and gnarly. Our old garden was a private glade with towering greenery on all sides. We were secluded and shielded from everything, except the noise of the highway.

Here, on the prairies in Alberta, there are no bushy trees to block out the neighbours – not sure if it’s the weather or the newness of the area, but I suspect the latter. Standing on the balcony I can see into about six yards around me, while countless 1-way tinted windows gaze back at me. Deadpan.

It’s impossible to not embrace our naked saplings and snowy, astroturf yard. Our new home is a beautifully appointed gingerbread house, that’s similar to – yet not exactly the same as – all the other gingerbread houses surrounding us in this fairly new development.

There’s a beige conspiracy around here that’s determined not to tolerate lively colours on outside walls. Homeowners may choose from a predefined, tasteful palette of earthy tones that slide right off the eyeballs without making an impression. It’s a far cry from the Mother City.

On the bright side, there’s house a couple doors down that’s angled just right for the sunrise to hit its A-frame beams and outline it in early morning gold. It meets a need.

It’s strange to feel a sense of isolation in such a high-density area, but even though the houses here are packed close together, we rarely see our neighbours. Could be because it’s so gosh darn cold (a real thing that people say). Folks either park in their garages and scurry inside, or else hoof it from the street indoors before their boogers freeze.

This means you’re often spared the agony of greeting your neighbour, which in itself is un-Canadian. I have failed already.

It’s also really quiet. I miss the raucous sounds of life on the tip of Africa, as much as they pissed me off. No barking dogs here, and no bird song at all; it’s too cold for Drunk In The Street, and the snow falls in silence. Even if it clattered down we wouldn’t hear because the houses are so well insulated.

My thoughts are very loud in this hushed world of muted tones.

I’m enjoying the novelty of having a utility room. This is essentially a basement that’s large enough to house a washer, drier, boiler, thirty or so boxes of miscellany, a fair-sized foosball table and a small family of capybaras. I always thought that basements were essentially Murder Rooms, but turns out they’re lady caves. Oh, the stuff you can store. Oh the hides you can hide!

Words are different here too.

As a born and bred South African, I’m used to saying “shame” when things go wrong for others. There’s a sliding scale here, from a soft “Ah shame – the sun’s shining right in your eyes!” to a heartfelt “Ag no, man. Shame! They took your laptop too?” In Canada, this is not a thing. Say it and meet quizzical looks.

Canadians have their own version, and it also covers a variety of unfortunate situations. Left your mittens at home? That’s too bad. Laces on your skates snapped? That’s too bad. Racoon got into your trash? That’s too bad. You hit a moose on the road, totaled your truck and suffered a mild concussion? 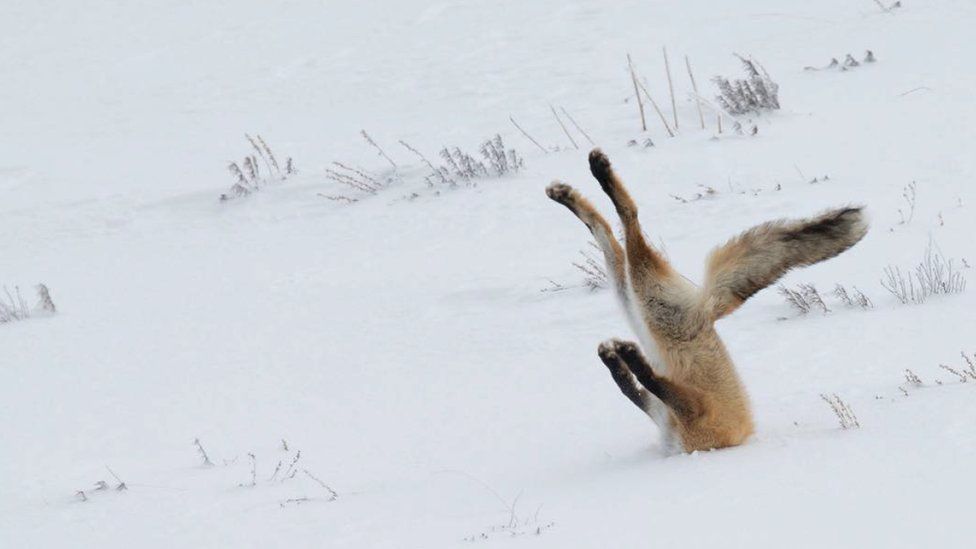 Interestingly, not all Canadians are pathologically friendly. Most folks have been warm and welcoming enough to illicit a hug from me (not that they all HAVE, but if it wasn’t for my overdeveloped sense of propriety it could have gotten weird). Some, however, have just been pleasant and polite.

And others, well, it’s comforting to know that wherever you are, other moms will give you a Look when your kid sits on their kid’s head. Or shows them his “stink hole”.*

To date, tied in first place for Friendliest Canadians, are Susie from the bank, and The Tree from Michael’s craft store.

Susie is a sparkly-eyed, walking cuddle that’s sprinkled with dimples. We met once, briefly, and every time I go into the bank she welcomes me BY NAME like a long-lost sorority sister.

The Tree was working the checkout till at Michael’s. It wasn’t a mandatory uniform, she’d made the hoodie herself and chose to wear it with pride. She it looked like a Christmas tree, and she’d thoroughly decked its halls. The only thing preventing all that Christmas cheer from spilling out her neck was the tinsel scarf she wore.

That’s the other thing: the Holiday Spirit. I have walked through aisles at Walmart, Costco and The Real Canadian Superstore gawking at the selection of Christmas sweaters and bric-a-brac. You don’t mess around when it comes to Christmas in Canada. 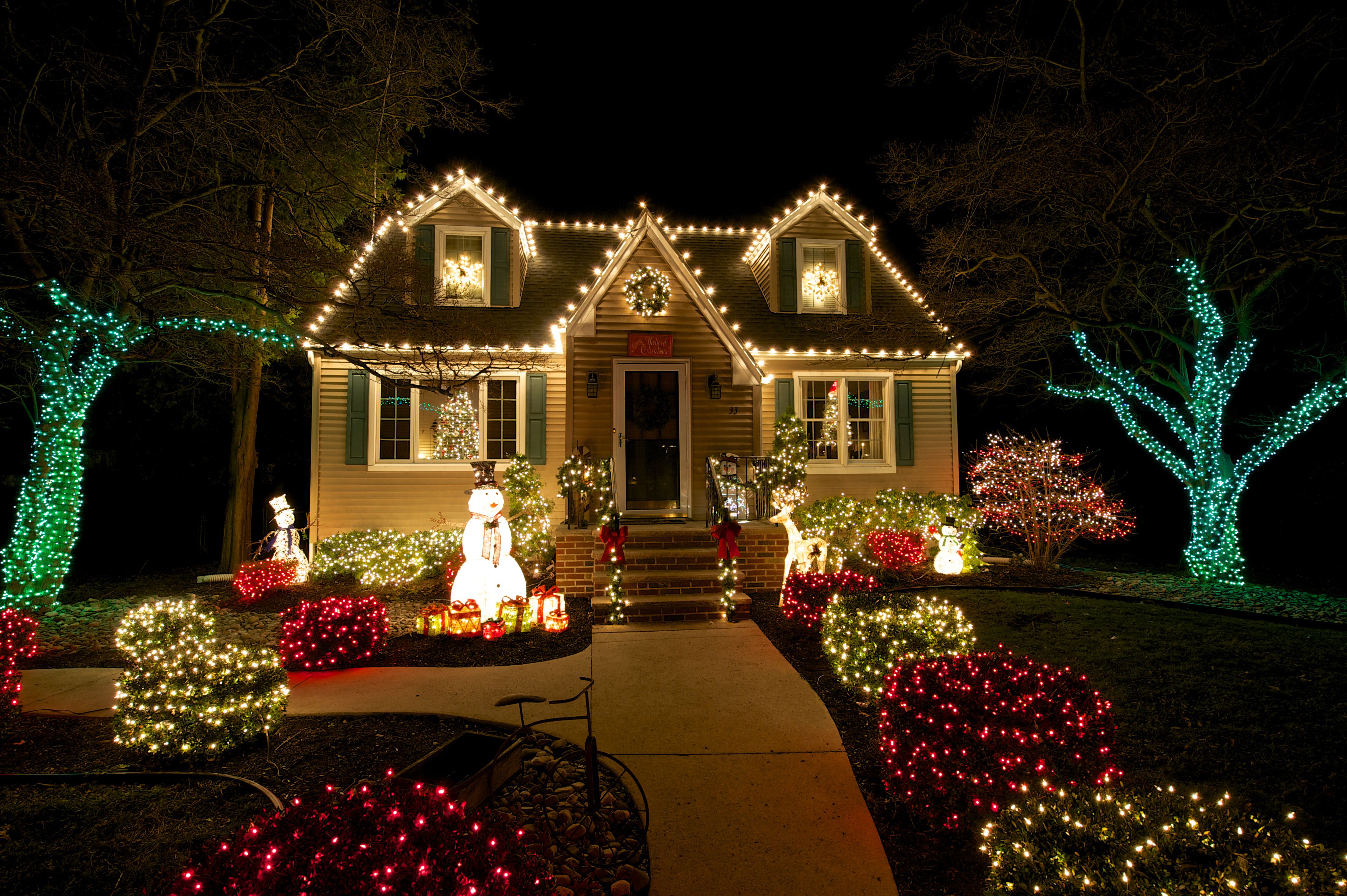 It’s a mix between South Park and Whoville around here. So far, I’ve loved and resisted my immersion in this new culture. Born in the 80s and coming from Cape Town, I’m cheerfully cynical. It’s a total contrast here. Seems that folks are basically pure and wholesome through and through. Right now I feel my smile is 50% faking it, and 50% delighting.

It’s a curious space to inhabit. Let’s see what happens.

*True. Story. Finn’s been a bat, a squid, Gromit (from Wallace and Gromit), and now, ever since the skunk butt rug gag in Zootopia, he is a skunk. We affectionately call him Skunky. He’s so fascinated with their odorous defense mechanism that he tells everyone about it. Everyone. Strangers in the check-out line, old ladies at the library, and little girls at the zoo. I see him walk up to them, to show how he lifts his tail and stinks when he’s alarmed, and I hide my head in my hands.